My Android Phone is Running Slow How Can I Fix it?

After few days, he was facing the problem slow running, freezing, crashing and restarting problem. He again started to search apps to boost up or speed up apps for slow android. But he not able to fix the problem and irritate from his new Smartphone. He said that Smartphone was purchased before one month and spend more than 300$ to buy new Android Smartphone.

So, to solve my friend problem I did some manual steps and help to speed up his new Smartphone. That’s time I realize that why not share these cool tips with other users also so they can also speed up slow running android device.

First, you need to identify the problem. What exactly you face in your android phone. If your apps are crashing in the middle of working or you are unable to do anything with your Smartphone.

Nowadays most of the Smartphone come with minimum 2 GB of RAM and mostly comes with 6 or 8 GB of RAM. You simply check that how much RAM currently consume. If your Smartphone consume 80 to 90% of RAM, then it will be a serious issue and you need to perform clean-up apps task soon.

So, first, check all installed app on your android Smartphone. Uninstall unused or rarely used an app. So, you can easily free up more space on your android and speed up slow running android.

Now tap on unused apps and stop the app which you want to close.

As we know that currently Android M is updated version for android user and android N is also coming soon. If you are running on old OS just first update to latest android version so bugs will be fixed easily, and you can use smoother android performance.

None of these tricks helps you to speed up your slow performing android phone. Just try for factory data reset. Don’t forget to get a backup of your apps and data first.

So, guys these steps will help to speed up slow, lagging, freezing android Smartphone. We also recommended that never used apps like speed booster, android phone booster or cache cleaner because these apps may harm your device or steal your personal information also. Always try manual steps to perform any task. 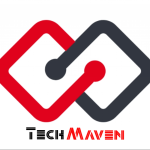 Tech Maven was launched in 2020 as a comprehensive technology blog covering trends, tips and tricks, How to article, help for windows and mac and latest android and iPhone apps.

Working! How to Enable/Disable Android System WebView in Android 7,8,9,10,11